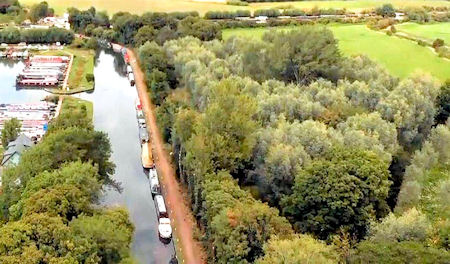 The leased area is the strip of land bordered by the canal piling and the line of white mooring posts between the Junction Bridge Keepers Office and Walk Bridge.

The towpath is a Public Right of Way maintained by the Canal & River Trust. 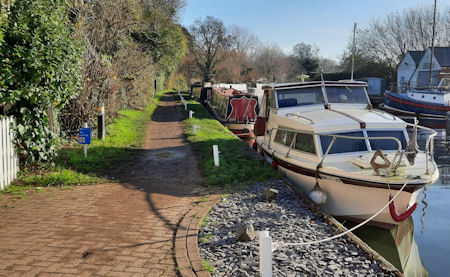 SJBOC boats are moored to rings on steel posts.
Each mooring post is numbered. Mooring post No. 1 is situated outside the Junction Bridge Keepers Office.
There are three water points along the moorings. 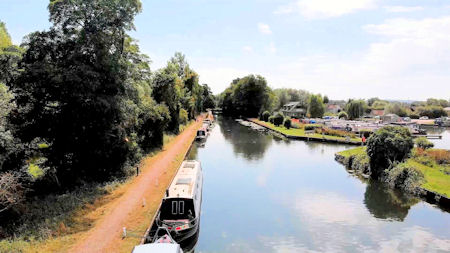 Saul Marina lies opposite the moorings. Boats moving to and from Saul Marina are assisted by a short ‘no mooring’ stretch between the SJBOC boats. This space also creates a ‘winding hole’ for SJBOC vessels. The River Frome feeds the Stroudwater Navigation. Consequently, a strong current always flows towards the Gloucester – Sharpness Canal.
Access from the Stroudwater onto the G&S Canal is controlled by the Junction Bridge Keeper’s traffic light.  Boaters leaving their SJBOC berth and Marina Moorers are advised to contact the bridge keeper before leaving their mooring.
Tel. 01452 740 444 or 07827 254 740 or VHF Channel 74. 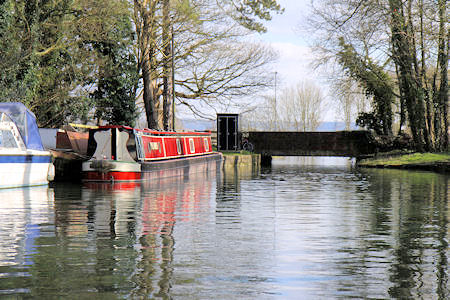 When The Stroudwater Navigation was opened in 1779, the bridge was a regular arched structure taking a lane through a local estate. The steep approaches led to difficulties for horse-drawn loads. Consequently, the structure was rebuilt in 1855 as an iron & timber swing-bridge. Following the closure of the canal in 1945, the swing-bridge deteriorated and eventually became unsafe. Safety was re-established with the construction of the current level, fixed iron & concrete structure with a 7.5-tonne weight limit. Plans and funding now exist for a new arched bridge to be built in the foreseeable future. 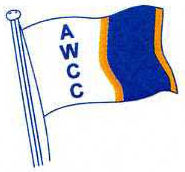 SJBOC is a member of The Association of Waterways Cruising Clubs. (AWCC)
The Association supports the interests of boaters and their clubs at a local and national level.
AWCC offers reciprocal arrangements between other member clubs, including emergency assistance and access to temporary moorings for overnight or longer stays.
There are eighty-six affiliated AWCC clubs across the UK.
Click here to view the AWCC Website